There are countless obstacles that thwart, limit and restrict women in the film industry. There is a distinct lack of female directors and screenwriters in film; but not due to lack of talent (see the recent successes of Sofia Coppola, Ava DuVernay and Patty Jenkins) and leading roles for actresses beyond a certain age are also often said to be rare, as scripts that incorporate this demographic are not being written or optioned as frequently. The campaign to change these injustices is ongoing, and there have been visible successes in recent times, with the likes of Jennifer Lawrence driving a hard bargain to rectify the pay gap, but the battle is also taking place on the screen itself. In Their Finest, a WWII-set comedy drama directed by Lone Scherfig, we see a female scriptwriter overcome the tiresome misogynistic view that her only use to the film is to write the “slop”, AKA “the female dialogue”, and Gemma Arterton’s Catrin blazes the trail as a result. We take a look at some of celluloid’s finest trailblazing women who stick it to the man (quite literally), and have well and truly smashed through the various glass ceilings on screen. 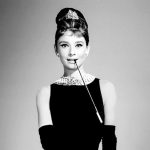 The already iconic Audrey Hepburn takes on the greatest role of her career in the adaptation of Truman Capote’s novel Breakfast at Tiffany’s. The film follows a lonely, struggling writer who becomes enchanted with his neighbour: an independent young woman who strives to be a high-climbing socialite with a penchant for high-fashion and wild parties. He soon discovers the woman’s innate vulnerability, and her true identity as an estranged wife from Texas, who has run away in pursuit of a better life. Hepburn’s portrayal of Holly Golightly as the naïve, eccentric socialite is as powerful now as it was upon its 1961 release, showing true courage and will that inspired generations of women. 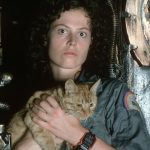 Fast forward a few years and Ridley Scott presents a completely new vision of a female lead: hard-as-nails Ripley (Sigourney Weaver), who needs no man to assist her in kicking alien ass, and unlike the multitude of female leads to precede her, Ridley is not sexualised in the slightest. In this terrifying first instalment of the franchise, Ripley quickly realises that she must gather all the courage she can muster, and destroy the beast that has swiftly devoured her ship’s crew in the dark depths of outer space. By casting a female in the lead role, Scott’s created a heroine foil to the archetypal male action hero of the time, marking a breakthrough for female roles in cinema that was soon replicated for years to come in films such as Terminator 2: Judgement Day, Kill Bill and The Hunger Games. 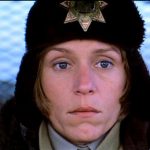 In this Coen Brothers classic about an organised kidnapping that goes horribly wrong, Frances McDormand plays the pregnant Police Chief Marge Gunderson who is investigating the case that is linked with a series of homicides across the frozen tundra. McDormand brilliantly captures the tricky juxtaposition of being incredibly sweet and loveable, whilst also operating in a particularly no-nonsense manner, as she tries to make sense of the twisted world in front of her. The fact that Marge is heavily pregnant barely figures into the film, even as she’s pointing her gun fearlessly at a man doing unspeakable things to a wood chipper, again proving that she is a truly multi-faceted character that does not conform to any of the female screen stereotypes of the time. 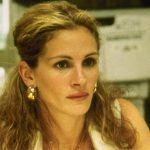 Julia Roberts’s Oscar-winning performance as Erin Brockovich is as fierce as they come. The single mother of three who loses a personal injury lawsuit starts work as an assistant at a law firm. Whilst struggling to find time to dedicate to work and to her children, she becomes enthused by a case against Pacific Gas and Electric, and begins to lead the battle against the corporation, earning respect from the lawyers that once looked down on her and the community that she represents. Eventually she unearths a systematic cover-up of the industrial poisoning of a city’s water supply, which threatens the health of thousands of residents, doing what her male counterparts couldn’t, all the while raising a family, and proving the haters wrong. 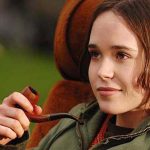 There are many things about this smart and witty indie comedy written by the brilliant Diablo Cody that can be food for thought, but Ellen Page’s brilliant lead performance of an intelligent teenage girl determined to have her ‘unexpected’ child is nothing short of mesmerising. Throughout the film Juno is pushed and pulled this way and that by people trying to convince her of what to do with her own body, but she remains resolute and does exactly what she sets out to do. All the while, Juno is determined not to lose sight of the fact that she is a regular high school teenager who just wants to have fun. Valiantly battling against the emotional and social fallouts of her decision to keep the baby, this plucky young woman takes a situation most would be terrified of and makes it into her own journey, and although she makes mistakes along the way, it was always hers. 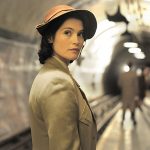 Lone Sherfig’s London-set World War II drama-comedy presents a 1940s female scriptwriter’s struggles to be taken seriously in the workplace. Gemma Arterton plays Catrin who is hired to help bring a “woman’s touch” to the propaganda films by writing all the “slop”, but ends up becoming the driving force behind the production of a feature length film based on the Dunkirk rescue, commissioned to inspire America to join the war. During the film’s production, Catrin manages to disprove all the men who doubted her talent and worth, including her husband and colleagues; something that will definitely ring true for modern day audiences.