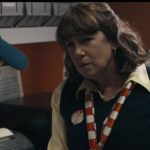 Craig Zobel’s 2012 film Compliance has prompted extreme reactions since its release. When it toured the festival circuit, people walked out; critics have professed their dismay at its attitude towards women. Zobel stands accused of turning sexual abuse into something titivating – a Hollywood story of our times, if ever there was one.

Actually, this ninety minute drama is a brilliant exploration of human relationships and our attitude towards authority. It’s well-crafted and brilliantly acted. Despite almost all of the action taking place in a fast food restaurant store room, it never drops the pace or your interest. And, most importantly, it will really get you thinking about what you would have done in the same situation.

The film opens with a titlecard, explaining that all of the events actually happened. Tellingly, it emphasises that nothing has been exaggerated. It centres around the premise of the The Milgram Experiment; that, when we are instructed to do something by an authority figure, we generally tend to comply – no questions asked.

We are then introduced to the busy ChickWich fast food chain. Their Friday night shift has been made worse by the fact that their freezer was left open overnight and several thousand dollars worth of food has been ruined. The branch manager, Sandra (played tremendously by Ann Dowd), struggles to motivate her unruly staff of eye-rolling twenty somethings. She seems rundown and flustered; getting no support from her team.

The shift is thrown into further chaos when Sandra receives a call from an Officer Daniels, who informs her that an accusation of theft has been made against one of her employees. Claiming to have the ChickWich area manager on the line, the Officer cleverly extracts information from the frazzled manage. It’s enough to clean that a young blonde called Becky (Dreama Walker) is on shift – and it’s her that the allegations are levelled at. 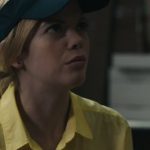 The initial phone call is a really clever bit of wordplay. The ‘Officer’ in question (Pat Healy) doesn’t actually have any relevant information about Becky. It’s enough for Sandra to hear the words “police” and “theft” for her to willingly hand over details – she doesn’t need any more trouble on her already difficult shift.

Sandra cries and winces as the Officer instructs her to strip search Becky and detain her in a store cupboard. Pat Healy does a superb job as the ‘Officer’, switching his tone from friendly and calming to brusque and aggressive. He lulls Sandra into total compliance by shouting at her then quickly reassuring and praising her.

From there, the film takes a distinctly unsettling turn. There are several scenes that are beautifully shot and will definitely lead to you squirming in your seat. On the one hand, much of the action will leave you going “How did they fall for that?” or “Why would you do that?” but – on a busy shift where you have customers coming out your ears – it’s so easy to let things slide or if, like several characters in the film, you are a little meek, you are probably going to do what a police officer tells you to.

What Zobel executes brilliantly is the tension and unease throughout. At the start of the film, Becky is unlikeable character; by the end, we are shocked and fully sympathise with her. Sandra is such a poor soul – struggling to keep her restaurant running smoothly, hopeful of a middle-aged engagement – that she is definitely perceived as much as a victim as Becky. Zobel portrays two women who, in their own way, have their strengths, but are utterly destroyed by one phone call.

Compliance is even more unsettling when you realise that these ‘prank calls’ genuinely did happen in over seventy American fast food chains – employees and customers were humiliated and abused because members of staff believed they were helping the police with an investigation. From these horrific incidents, Zobel has created a solid piece of film making.