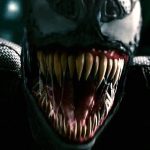 “What are you?” a frightened man whimpers.

Sony – in association with Marvel studios – have finally given a bigger insight as to the upcoming Venom film, complete with Tom Hardy in full costume. The world doesn’t need anymore superheroes, the trailer boldly proclaims, so what is it getting with Venom?

Hardy stars as Eddie Brock, an investigative journalist who reluctantly finds himself as a host body for an alien symbiote. He’s not a bad guy; he doesn’t want to cause trouble; he doesn’t to kill people. And yet, here he is, wreaking havoc.

The storyline presumably alludes to fatal government experiments on unsuspecting citizens – volunteers or otherwise – and Brock’s determination to expose them; ultimately getting caught up in them himself.

The first teaser trailer didn’t even show off the Venom alter-ego but this one goes all out in terms of action sequences with Hardy in full symbiote get up as he threatens and kills people against his own will. The transformation sequences are excellent, with just an eye colour or a vein changing whilst Hardy convulses in horror. We are treated to full slithering tongue, row upon row of teeth and glistening, slithering skin.

There’s even a blink-and-you’ll-miss-it cameo of good old Glasgow in a montage of cities across the world.

Riz Ahmed co-stars as Dr Carlton Drake and Michelle Williams also makes an appearance. Conspicuously absent – despite his prominent cast listing – is Woody Harrelson, fuelling rumours that he is lined up to play Carnage. Eek.

Venom is due for release on October 5.