2018 was a pretty good year for movies. A relatively large number of titles lived up to the hype, especially in the MCU where the ten-year build up paid off with the largest grossing film of the year. Of course , there were others that didn’t meet the grade. Mostly these were movies that showed promise but were executed poorly or just failed to get that spark that made them memorable. As predicted, the cinematic landscape really started to change with the streaming providers flexing their financial muscles and getting original content out to the masses. As with conventional releases, there were hits and misses but interestingly it gave a platform to some films that would never have been made by a Hollywood studio.  Anyway, on to my top ten of the year. It’s a mixed bag and represents the fact that there is so much varied content out there for you to enjoy. 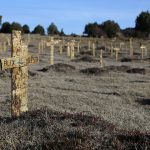 One of the major highlights of the 2018 Sitges film festival was this very personal documentary. It tells the tale of a group of movie enthusiasts that search for and restore the set for the climactic shoot out scene in The Good, The Bad and The Ugly. The set was constructed in Burgos, Spain for the movie and abandoned soon after. The film tells the story from the rediscovery of the site, through the painstaking restoration and the eventual re-opening. It is a beautifully constructed film that captures the participants love of cinema and the western genre in particular. From the film come stories and memories of the volunteers reasons for recreating over five thousand graves with some truly touching tales.

9. You Were Never Really Here 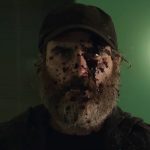 Lynne Ramsay and Joaquin Phoenix teamed up for a film that defied classification this year. On the surface it is a film about a hitman doing his job in his own unique way. As the story unfolds it becomes so much more. Phoenix gives a career best performance as the former soldier suffering from PTSD who is forced to continue working to support his elderly mother. It is a violent film where the worst of it is left to the imagination rendering it all the more powerful. Lynne Ramsay crafted a thoughtful and unsettling drama that stays with you long after the film ends and gives you a renewed appreciation of just how good Joaquin Phoenix is as an actor.

8. Bad times at the El Royale 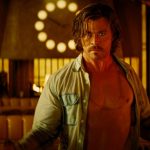 One of the surprises of the year for me. With a unique setting in the state border straddling El Royale hotel, a disparate collection of individuals come together. Initially their stories are told from their own perspective eventually culminating in a bloody and dramatic finale. The film is full of great performances with an intricate story that doesn’t let you settle for a moment. The introduction of a shirtless Chris Hemsworth as a charismatic cult  leader is the icing on the cake. Anything can and will happen. 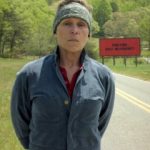 Rightly lauded during the 2018 award season, especially for the superb performance from Frances McDormand, Three Billboards is an emotional drama that tackles murder, racism and the indifference of authority. The act of a woman at the end of her tether has consequences beyond her just putting a message on the three billboards of the title. Basically it allows all the suppressed feelings in the town come out into the open. The Coen Brothers, working from their own script as usual, place McDormand at the centre of a cast that is performing at its very best. Her performance is raw and quite brutal.

6. Spider-Man: Into The Spider-Verse 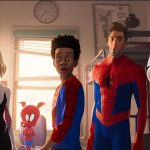 This one really snuck up on me. Judging by the reviews it was something that seemed to happen to a lot of other people. To say that you have never seen an animated movie like this is an understatement. The story focuses on the origin story of the Miles Morales version of Spider-Man. As he is discovering his powers, a sinister plot is unfolding that brings multiple universes together resulting in the teaming up of wildly different variations on the web slinging character. Designed to look like a comic book, the film is a wonder to behold. The various animation styles including a 3D on a 2D screen is quite something to behold. All of this would have been for nothing if the story was not so good. The highlighting of a central character who is not the norm for super hero films in that he has two living parents and is reluctant to take on the role of the previous wearer of the suit is the catalyst for a unique take on the over familiar character. Just when the cries of superhero fatigue were peaking, this film has really freshened it up again. 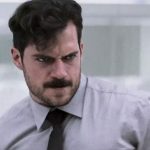 The omens weren’t good in the run up to the film. Tom Cruise’s well publicised ankle break and Henry Cavill’s moustache threatened to overshadow the movie prior to a trailer was even released. Cruise and director Christopher McQuarrie put all fears to the side and produced the best action blockbuster of the year. The film was notable for the exhilarating stunt work and the fact that this was a direct sequel to the equally good predecessor Rogue Nation.  With the returning cast and extension of the story line, the film makers were able to craft a tight and cohesive drama that drove the action rather than the other way about. The sight of Henry Cavill reloading his fists before getting into a fight was an unexpected bonus that launched a thousand memes. 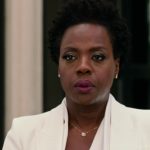 A heist thriller that worked on so many levels. Marketed primarily with the robbery element to the fore, the drama actually focussed on the women and how they navigated life after their partners were killed by Police while on a previous job. An ensemble cast of the highest calibre was led by a superb performance from Viola Davies in what is being touted as an award noteworthy role. The film mixed elements of politics, race, class, toxic masculinity, grief and deception all while the women were planning the heist. It features one of the best scenes on cinema this year where a two-minute car journey comes to represent everything the Steve McQueen was trying to get across about the movie. 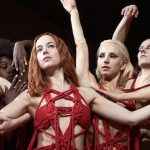 The Luca Guadagnino remake / reimagining of Suspiria was one of the more critically divisive films of the year. It appeared to be regarded as this year’s mother! As with that film, I found it to be a wonderfully weird horror film experience. Transplanting the drama to a dance school run by witches in Nineteen Seventies Berlin gives the film a stark and imposing feel. The cast, led by Tilda Swinton in three very different roles, compliment the unsettling nature of the story and the use of both English and German demand that the audience pays attention to what is going on. The dance elements are used superbly with one scene in particular mirroring movement through dance with body horror. Once seen, never forgotten. 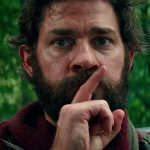 The surprise of the year. The idea behind it was so simple that it is a wonder that it hasn’t been used more often. Set five years after the earth was attached by a mysterious force that hunts based on sound, the movie focusses on one family who are just about surviving. every moment has to be carefully managed. Make a noise and they will find you. It made for a cinematic experience like no other as the film played out with sign language replacing dialogue for large parts of the film. A lack of score, excellent sound design and very little else meant that the audience were drawn into the film in a unique way. Any rustle of sweet wrappers, chatting or fidgeting were amplified in the eerily quiet screening rooms. It put the audience on edge as if them making a noise would result in dire consequences.

1. The Shape Of Water 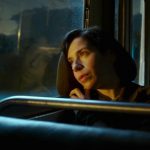 The Shape Of Water was my favourite film at the start of the year and nothing really came close to beating it. The tale of a mute woman who falls in love with a amphibian creature looked on paper to be a niche drama at best, but in the hands of director Guillermo del Toro it comes to life as a fairy tale that revels in life, love and everything in-between. Although the film received many plaudits it was a bit of a shame that Sally Hawkins was overlooked for her performance. Her portrayal of Elisa was subtle and totally captivating. The rest of the cast was almost as good with Michael Shannon in particular on top form in the main antagonist role. You know you’re in for a treat when the film starts in such a bold way. The opening credits where a sleeping Elise is completely at ease in her submerged apartment is a sight to behold.