With it being the tail end of the festive season and just before the award contenders start to reach the UK screens there is a distinct lack of new releases this week. In fact there are only four that are really of note and two of those are already in cinemas, hoping to get some of the audience who are yet to return to work. 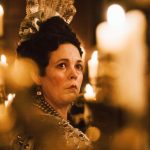 Set in the early 18th century as England is engaged in a seemingly never ending conflict with France the life at the court of Queen Anne (Olivia Coleman) is a world away from reality. The queen is in poor health and leaves the business of governing to her oldest friend Lady Sarah (Rachel Weisz). Into the court comes Abigail (Emma Stone) a distant relation of Sarah and an aristocrat who has fallen on hard times. Abigail uses all of her cunning to try to replace Sarah as the confidant of the Queen while Sarah is away dealing with matters of state. The latest masterpiece from Yorgos Lanthimos that is tipped for award glory by just about everybody. 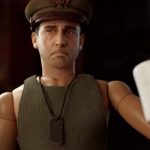 Based on a true story, Welcome to Marwen follows the life of artist Mark Hogancamp from the point where everything changed for him. Subjected to a brutal assault, Mark was left with no memory of his life due to brain damage. In order to stimulate his mind he constructed and photographed a second world war village called Marwen in the back yard of his home. The film marks the latest release from director Robert Zemeckis who is best known for the Back To The Future Trilogy and Forrest Gump. Steve Carrell stars as Mark in a film that mixes real life with animated visualisations representing the people who inhabit the town of Marwen. 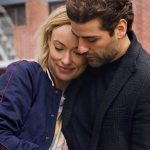 From Dan Fogelman, the director of This Is Us, comes the latest original release from Sky cinema that hits cinema screens and the satellite platform on the same day. The film follows the lives of a couple from the time they meet in college, on to their marriage and family life beyond. It is an unapologetic look at life and love. It features an impressive cast lead by Oscar Isaac, Olivia Wilde, Annette Benning, Olivia Cooke and Antonio Banderas.  Just how popular this proves to be is still up for debate as the last couple of films released under the same banner were not well received at all. 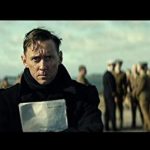 Stories about the Nazis never seem to be too far away from our screens. The 12th Man is based on the true story of Jan Baalsruds, one of twelve saboteurs that was sent from England to Nazi occupied Norway in 1943. The boat they travelled on was sunk by the Germans before it reached it destination and Jan was the only survivor. Jan is forced to try to make it to neutral Sweden. On the way he is confronted with the harshest of climates and the threat that was the Gestapo. Jonathan Rhys Meyrs and Thomas Gullestad star in a film that is getting a bit of critical praise ahead of its UK release.