Exploration has become something of an obsession for the human race. Unhappy with our own lot, we have often been known to scout the far reaches of the earth in search of something else, something different and primarily something exciting.

The expeditions of infamous explorers Captain Cook and Christopher Columbus led to the discovery of extraordinary places, cultures and peoples that were previously unknown to the western world. Their stories are as remarkable as their findings, and so it comes as no surprise that cinema, the window through which we see our own world, has provided some of the greatest exploratory tales of all time. Ventures across high seas, prehistoric lost worlds and even the far corners of the universe have been adapted for cinema. 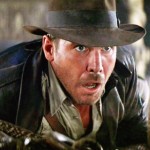 Our first introduction to the untouchable yet loveable Indy – the greatest museum artefact saviour in the modern age – came as he was tracking a golden idol in a booby-trapped temple in Peru. However after his quest is swiftly thwarted at the hands of the Nazis, Indiana proceeds to travel the globe in search of a much greater treasure: The Arc of the Covenant. A dramatic finale sees Indy and love interest Marion taken hostage by the Nazis as they perform a ritualistic opening of the lost Ark, only for them to escape by the skin of their teeth, spared by the almighty. This beloved adventure movie from Steven Spielberg is one of four from a franchise which spans 27 years, in which Mr. Jones tackles every corner of the earth.. 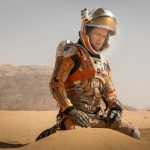 In recent years, explorers have become bored with our blue and green planet, what with practically every inch available to see via Google Maps. So ever since the infamous space race during the 60s, outer space has been the centre of attention with cinema following suit. In this particular venture, Matt Damon and a fellow group of space scietists go on a mission to Mars, but during their departure they get the feeling that they’ve forgotten something… And so, with Damon stranded on the red planet with no sign of rescue any time soon, he is forced to try to survive in any way possible, including eating a fresh batch of poo-tatoes (no, that’s not a spelling error). During his time stuck on Mars, Damon’s character is forced to utilise the planet for all its worth until NASA come back to retrieve their forgotten man. 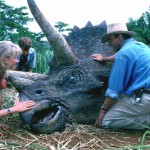 Although the island off the coast of Costa Rica had already been discovered, what was then bred there by Richard Attenborough’s obsessed eccentric millionaire John Hammond took exploration to a whole new level. In the hopes of building a one-of-a-kind theme park, Hammond cloned various dinosaurs back from extinction to make for more wonder and thrills for potential guests. However he got a little more than he bargained for when the park gets shut down by a ferocious storm and the snarling dinosaurs show that “just because you can play god, doesn’t mean you should” – to quote Mr Goldblum. Probably best to stick to roller-coasters next time, we think! 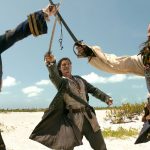 Perhaps one of the earliest examples of true explorers comes in the form of men with eye patches, peg legs and sarcastic colourful birds on their shoulders. In this adaptation of a Disney Land theme park ride, Captain Jack Sparrow (Johnny Depp) and his crew of drunken misfits sail the high-seas in a quest to find the last golden coin which will grant him sweet, sweet mortality. During the film, Cap’ain Jack shows he is a true master of exploration, building a huge secret stash of booze on a desert island in case he’s stranded, which he then is. That man knows what his priorities are, if nothing else!

2001: A Space Odyssey
Another example of space exploration on this list comes in the 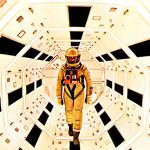 form of Stanley Kubrick’s mind-bending sci-fi symphony, 2001: A Space Odyssey. In the space of 2 and a half hours, Kubrick manages to explore where we’ve come from, where we are (through the film’s futuristic present day), and where we’re going. Through the presence of an ominous and shrill black monolith, the human race are seen to progress in their evolution, one step at a time; learning how to use tools as apes, and transforming into something ‘other’ from humans, and the completion of the monolith’s evolutionary mission. Kubrick spent over two years meticulously creating the most “realistic” depictions of outer space ever seen; greatly enhancing our knowledge of what it’s actually like to experience the cosmos. 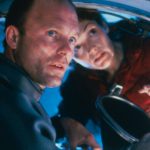 Finally, after exploring outer space with Aliens, James Cameron turned his attentions to what has become a personal passion of his; deep-sea exploration. The crew of an experimental, high-tech submersible is called into action to investigate a mysterious nuclear submarine crash. A series of strange encounters leads the crew to suspect the accident was caused by an extraterrestrial craft, and that they may be participating in an encounter with an alien species, and in order to make contact, they must brave the abyss… Hollywood’s fascination with the great blue sea has been longstanding. An interest that is continually piqued by scientists who tell us that only 5% of the sea has been explored, allowing the power of film’s imagination to thrive in the untouched depths.