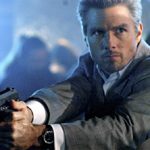 With news that there are set to be two more films in the Mission:Impossible franchise and a sequel to Top Gun, it got me thinking. Is Tom Cruise the last of the big Hollywood film stars? Given that he will be pushing sixty – yes, sixty – by the time the final MI film hits cinema screens, it is something of a testament to the guy’s career.

While most of us would be dreaming of something resembling retirement, Cruise is still quite content to be throwing himself off buildings, gunning down bad guys and, of course, running as if his life depended on it.

His is a career that survived where others have faltered – just think of his Top Gun co-stars Val Kilmer and Kelly McGillis by way of comparison. Despite jumping on sofas and all the weird Scientology rumours, people still pay to see a Tom Cruise movie, whether he’s a vampire, a secret agent, a rookie lawyer or a bartender.

And, with a career spanning over three decades, Cruise is still very much in demand. He is – I would argue – that last of the big Hollywood stars who can sell a movie on name alone.

Cruise has been Oscar nominated three times, for his roles in Born on the Fourth of July, Jerry Maguire and Magnolia. He’s yet to pick up the golden statuette, which some might say is an injustice even bigger than Leo failing to scoop one several years in a row. 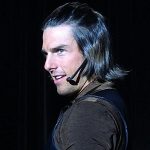 In more recent years, Cruise has re-positioned himself in the market. A wise move, for the sake of staying relevant and lucrative. He’s given up the pretty boy act that won him legions of adoring fans in Cocktail, The Firm and Risky Business, and moved into edgier roles, such as Eyes Wide Shut and 2004’s Collateral. I happen to think that Cruise is at his best when he’s being bad.

He’s ditched playing the pin up boy with an attractive other half or some kids on the go, and focused on becoming something of a lean, mean running machine. But his physical prowess has only recently come to light, I would argue, in the Mission Impossible franchise and big sci-fi hits, such as War of The Worlds and Edge of Tomorrow.

In fact, there is a statistic that backs up the fact that Cruise makes more money when he’s running. Apparently, he’s covered over 24,000 feet on screen – exhausting just thinking about it – and, whenever he runs, his films hit the box office with an average inflated gross of $538 million.

Since 2001, all but nine of the films he has appeared in have made over $100 million at the box office. A pretty impressive feat, given the fickle nature of the film industry and the advent of streaming services.

That’s not to say, however, that every film he stars in is guaranteed to be a hit. You don’t have to look too far back in his filmography to come across films such as The Mummy and Oblivion. These films took in a mere $80 million and $89 million respectively, compared to Mission: Impossible Fallout’s $220m. Like every other film he undertakes, Cruise did the junkets, the red carpets and the chat shows with zeal. It just wasn’t enough to sell a poor product. 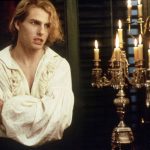 His red carpet appearances, in recent years, have become something of a feat of endurance within themselves. Whilst promoting the aforementioned Edge of Tomorrow, he and co-star Emily Blunt pulled off three premieres in twenty-four hours. Cruise gamely stood chatting with fans, speaking to their mums on the phone, and signing autographs in the rain. Perhaps his dedication to making sure that every single person holding out a poster or a mobile phone gets some time with him is the key to his enduring success.

Whatever the reason behind his lengthy career, Cruise is set for another three summers of box office domination. Showing no signs of slowing down, he obviously still has a need … for speed.

Check out our Six of the Best: Tom Cruise films by clicking here.