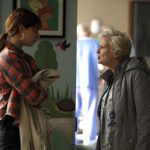 The opening sequence in 2005’s Walk the Line had your toes tapping in the cinema aisles as the unmistakable twang of country music pulsated through the speakers. Whilst not quite on the same scale, the catalogue of genre classics littered throughout Wild Rose will certainly serve as a remind of the power of this particular style.

The film feels like a classic story of an underdog; a small-town girl with big dreams. Glasgow’s music scene is renowned the world over – we’ve launched the career of a star or two – so it seems like a fitting backdrop for someone with such high hopes. The Grand Ole Opry is home to a wild stage set or two throughout the film, brimming with the warmth, banter and musical prowess that the city is fiercely proud of.

At the heart of Tom Harper’s film is Rose-Lynn (Jessie Buckley), a jailbird who dreams of getting to Nashville to share her searing vocals on the stage. She doesn’t know how she’ll go about it, she just knows she wants to be in Music City. She’s got an ankle tag under her cowboy boots and two kids who treat their mother like a stranger, so the road to the home of country music seems entirely unlikely.

Rose-Lynn needs to navigate her relationship with her mother (the inimitable Julie Walters) and her children, whilst holding down a job as a “daily woman” for the patronisingly middle-class Susannah (Sophie Okonedo). And yet, as she lovingly draws her hands over the map of Nashville that is pinned to her wall, you can’t help but root for a gal trying to make something of her life.

Her life is one of contrasts – the sterile prison environment meets the warmth of her mother’s home; her faded, filthy council flat is dwarved by Susannah’s glossy show home; the comradery of a live band is met with the silence of her children. 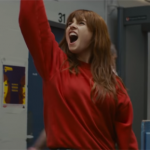 Buckley gives an excellent central performance; bitter and vulnerable; free-spirited and tied down. Her accent definitely sounds more Scottish than Glaswegian, but it never slips. Her vocals are beautiful – sad country songs are definitely her thing – and she does have something of a spark about her whenever she’s on screen. Julie Walters is equally brilliant at playing her beleaguered mother; scolding and sceptical as she impresses a sense of parental responsibility on her wayward daughter. The scenes between these two lead actors are wonderful to watch.

Without giving too much of the plot of the way, Rose-Lynn is forced – several times over – to make difficult decisions in order to achieve her dreams. There are so many times when you can’t help but wonder how much bad luck one person can handle. There is a sweet cameo from “whispering” Bob Harris and a really lovely shot of the Old Fruitmarket during Celtic Connections. There is a clear love of live music, music venues and music experts.

Wild Rose certainly packs an emotional punch at times – whether that’s via music or dialogue – and has all the feel of a kitchen-sink drama meets classic Hollywood underdog story. That final song will definitely leave your bottom lip trembling.

Wild Rose played at the Glasgow Film Festival and is now on general release in UK cinemas.