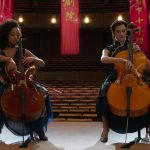 The title of this film seems more than a little bit far-fetched, given that it is a steaming pile of turds. It is tonally all over the place, the plot feels like it is being made up as things go along and the acting is so hammy it almost feels like a big joke. Richard Shepard directs this made-for-Netflix film about the murky world of competitive cello playing, and simply fails to deliver on any of the key features that should make a film like this entertaining.

Charlotte (Get Out’s Allison Williams) is a troubled musical prodigy, who has spent what should have been the peak years of her career looking after her ailing mother. When she finally rejoins the Bachoff school – who are currently touring in Beijing – she meets Elizabeth (Logan Browning), who has taken her spot as star pupil. From there, the film spirals in a million different directions, veering from the semi-plausible to the outrageously over-the-top.

The trailer makes The Perfection seem like a Single White Female type of thriller. And, sure, there are a couple of moments that did make me wince a little. However, it’s nowhere near as well-thought out as that. Even Allison Williams – who was so compelling in Jordan Peele’s 2017 debut – spends the entire film barely containing a smirk, as if she finds the whole thing laughable, too. A couple of times, the action “rewinds” and let’s you in on “what really happened”, but even that doesn’t make your jaw slack.

There have always been rumours about schools for the arts – or private education institutions – about abuse and bullying of various kinds and The Perfection tries to play on this with Steven Weber’s slick, sleazy Anton. It’s his music school and his rules that create these gifted students. It’s just a shame that there’s also some sort of weird rape cult in a basement room of the school, referred to as “The Chapel”. 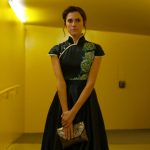 I guess – once the rape-revenge plot gets going – that there is supposed to be some sort of social commentary on the #MeToo movement. But it fails on this point, too. As a woman, the film didn’t present any sort of emotional insight as to the feelings of victimhood. In fact, it’s just the crude opposite – particularly when Charlotte is literally tied up, in a ballgown and full make-up, being made to play the cello perfectly or face sexual assault. It’s too brash in its approach, and I firmly stand in the camp that rape should not be a plot device to spur female characters into action.

There also seems to be no quibbles over Charlotte’s many, many abuses of Lizzie throughout their quest for “freedom” from the Bachoff school.

I’ve read a couple of reviews which suggest that the director is using horror tropes to bring the audience in on the joke. However, this simply doesn’t feel like a pastiche, either. It’s not got the fun and entertainment factor of a B-movie. It really does feel like a low-budget, who cares what the plot is because no one will see it, made for streaming feature.

Others may completely disagree with me – and I welcome any suggestions as to why I have read this film the wrong way – but The Perfection is one of those films that I will be truly glad to forget about.