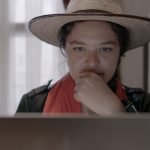 “Put your hand up if you’ve ever seen an ad that’s made you think your phone is listening to you,” Professor David Carroll asks a class full of students. Sitting watching at home, I actually raised my hand. Hadn’t my friend and I been talking about a very specific tattoo and, the next day, I was getting served ads via Instagram? Hadn’t my partner and I been discussing holidays and I started seeing more and more pictures of beaches, encouraging me to book up?

That’s how Karim Amer and Jehane Noujaim’s documentary, The Great Hack, gets under your skin immediately. It asks us the “tinfoil hat” questions we often ask ourselves. Who is using our data? How are they getting it? And what are they using it for?

Centring around the Cambridge Analytica scandal, which tainted both the Trump 2016 campaign and the pro-Brexit Vote Leave movement, this is a piece of film-making which will make you want to shut down all of your social media accounts and go live a tech-free life on a remote island. Presuming, of course, that former Analytica CEO Alexander Nix, couldn’t somehow reach you there.

The documentary charts several key incidents in Analytica’s downfall, including the efforts of former employee and whistleblower, Christopher Wylie; the investigative journalism conducted by The Guardian writer, Carole Cadwalladr; and the Channel 4 undercover sting which clearly showed Nix offering up data in order to steer the democratic process in a particular way.

Nix comes across as particularly odious; his beady eyes scanning every room he is in as he searches for somewhere else to lay the blame. Julian Wheatland, former CFO and COO at the Cambridge Analytica New York office, also comes across as someone with a distinct lack a moral compass, more concerned with the loss of his position than the ethics of helping to rig elections.

Carole Cadwalladr is tenacious in her quest for the truth (perhaps a reminder that good journalism, where it still exists, is a very powerful tool), only to be accused of representing The Guardian’s Remain agenda, as opposed to exposing a scandal.

The most interesting character in all of this is Brittany Kaiser, former director of Business Development for Cambridge Analytica. She is utterly ambiguous throughout – clearly thrilled by the opulent lifestyle and celebrity encounters that life at Analytica offered her but equally scared of the consequences of what she took part in. It’s not clear whether she joined in the “whistleblowing” because she had to – Christopher Wylie named her in his testimony to the ICO – or because she truly believes she has an accomplice to behaviours and practice that are, at the least, morally repugnant. 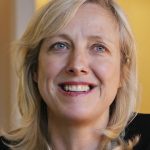 She refers to the data that Cambridge had access to as “weapons grade”, whilst Cadwalladr reiterates this point by comparing the scandal to “psi-ops” used in warfare.

Yet, when you think about it, it’s no surprise that Cambridge Analytica were able to do what they did. Our whole lives are on these social media platforms – what we had for dinner last night, how many children we have, where we last went on holiday. And so, by mining this data that we have willingly given up and marrying it with posts that we have engaged with, Cambridge Analytica were able to get a pretty clear picture of who we are as individuals; what we’re afraid of and what we desire.

Exactly the type of information you need if you want to win an election. You accumulate data on a person and you send it back to them as “news” or “facts”, convincing them to lean on one side of the argument or another – voting to Leave or Remain; voting for Clinton or Trump.

So, could those two democratic processes have turned out differently? That’s certainly what The Great Hack makes you think. Did you vote for something based on an opinion that was truly yours, or was it one that was fed to you by Cambridge Analytica?

Whilst The Great Hack doesn’t tell us anything about these particular campaigns that hasn’t already been exposed in the news, it does throw up some shocking examples of exploitation across the globe. It might also make you think twice about how much of yourself you’re willing to share online.

The Great Hack is now streaming on Netflix.