Throughout September Barbican Cinema presents Anime’s Human Machines, a major film season showcasing the enduringly popular and relevant genre, Japanese Animation. Anime has questioned our relationship to technology for decades, creating some of the most compelling human-robots and robot-humans in all of cinema. The films showing here confront the onslaught of technology and screen as part of Life Rewired, a Barbican cross-arts and learning season running throughout 2019, exploring what it means to be human when technology is changing everything.

Japanese animation has embraced robotics, cybernetics and artificial intelligence as major themes. It uses these themes to explore complex moral and social questions: humanity’s responsibility for its actions, response to the other, greed, short-termism and a failure to care for the ecosystem that sustains us. What emerges from these films is how our own view of technology has changed since the earliest in the season was released in 1989, and how humanity still refuses responsibility for the impact of its actions.

Helen McCarthy, Season Curator, comments: “This season forms a perfect coda for London’s best ever summer of manga, with major exhibitions at the British Museum and Japan House and a host of other cultural events. The films we’ve chosen present a snapshot of AI and cyber-enhancement in Japanese visual culture, ranging from the punk aesthetic of Tetsuo: The Iron Man to the polished psychological drama of Paprika.

Many of these films are rarely seen in their natural environment, on the big screen. This is a good opportunity to remind ourselves that, for all the sense of control and choice delivered by personal media devices, there’s something transformative about the communal experience of cinema, where the rest of the audience becomes part of and party to your own reaction, all those myriad bytes of aesthetic response creating a critical mass of cultural response. When you see a film in the cinema you’re part of a magical ritual, a phenomenon bigger than yourself. I hope anyone interested in cinema, in Japan, or in visual culture will find this an experience worth having.”

The following films make up the season 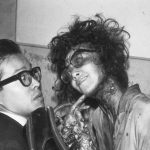 The horror – and the pleasure – of a body infected and transformed by technology are at the core of this thumping cyberpunk nightmare, a key reference for the anime that followed. A man known to us only as ‘the Metal Fetishist’, who is seen sticking a piece of metal into his leg, is run over by ‘the Salaryman’. The next morning, as he shaves, Salaryman discovers a metal spike growing out of his cheek: it’s the start of a shocking mutation that sees him transform, gradually, into a walking, hulking pile of scrap metal.
Released a year after Akira, and sharing many of the same concerns, Tetsuo is considered a founding text of Japanese cyberpunk. To discuss its influence, and to unpack the wider themes of this season, curator Helen McCarthy is joined on-stage before the screening by a panel of experts: Jasper Sharp, Nicole Coolidge Rousmaniere and Rayna Denison.

Macross Plus The Movie 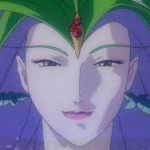 A fresh approach to a long established franchise, Macross Plus The Movie features a love triangle, a deadly rivalry, a virtual idol singer and some of the most dazzling combat sequences ever animated. It is directed by Shoji Kawamori, who worked on the franchise from its inception, and designed one of its most famous elements: the giant robots that transform into supersonic fighter-jets part-controlled by the brainwaves of their humanoid pilots.
In the film, two such pilots are vying for the affections of one woman, Myung, who is the manager of the virtual performer Sharon Apple, the most successful teen idol in the known cosmos. As the boys take their rivalry to the sky Top Gun-style, an illegal computer chip inserted into Sharon causes her to become sentient and to break free from her managerial reins, putting Myung’s life in danger. 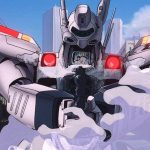 Based on a successful franchise (high concept: city cops with robots instead of patrol cars), Patlabor The Movie takes the team and their machines into darker territory as technology and mysticism collide.
Set in a recognisable Tokyo just a little in the future, the city is depicted as a huge redevelopment site, with whole suburbs being revamped and man-made islands dotting Tokyo Bay as part of the Babylon Project. Robots known as labors make construction faster and less dangerous, and have moved into many areas of life. So Tokyo needs robot-assisted cops to police robot-assisted crime.
One man-made island, the Ark, is the nerve centre for the whole Babylon Project, manufacturing and controlling all its robots. But a rogue programmer obsessed with Biblical imagery – and a technology problem that can be triggered by wind resonance around high-rise buildings – combine to create a threat to the whole city – with a massive typhoon approaching Tokyo.

Ghost in the Shell 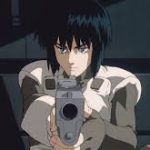 How human are you if every part of you is cybernetic and you’re not even sure who controls your brain? Based on a successful manga by Masamune Shirow, Ghost in the Shell takes us into a world where brains can be hacked, memories erased and fake ones implanted, where it’s easy to upgrade your human body for superior cybernetic equipment and where unenhanced people are rapidly becoming an underclass. It asks what is the purpose, and the future, of humanity, and how we might deal with any sentience we create.
The movie, a Japanese-British co-production part-funded by Manga Entertainment, is recognised as inspiration for The Matrix and the work of James Cameron. Its heady brew of glossy technology, political intrigue and philosophical enquiry remains compelling two decades on, tempting Scarlett Johanssen into the role for a 2017 live action version. Mamoru Oshii’s movie is both more primal and more sophisticated than the 2017 remake. 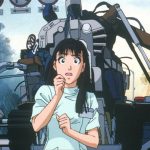 Japan has one of the world’s largest economies and a highly advanced technological sector. It also has a rapidly ageing population. Hiroyuki Kitakubo’s 1991 Roujin Z considers this future world where AI has taken over the role of carer, resulting in some unforeseen consequences. A scientist invents a new bed that, without the help of a nurse, can look after an elderly patient. It soon becomes evident that the scientist has used a brain at the centre of the bed and what’s more, he has used the brain of the patient’s dead wife. The bed’s AI decides to fulfil the dying widower last wish and take him to the seaside, where he and his wife were once happy. But the trip does not go to plan… 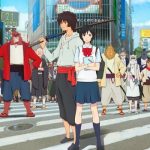 A dazzling movie by the best director Studio Ghibli ever let go, this is both visually delicious and solidly plotted, combining age-old romantic and family drama with terrifyingly possible technology. High school maths genius Kenji is offered a summer job by Natsuki, the hottest girl in school. What he doesn’t know is that he’s being hired to be her fiancé for a family gathering to celebrate her grandmother’s 90th birthday. But there are bigger problems than his. The prodigal son is also coming home, bringing his past with him. This includes an AI named Love Machine, sold to the US military, that lures Kenji into exposing his online accounts with an irresistible mathematical puzzle. As Love Machine wreaks havoc on the area’s electronic infrastructure, the family band together to help Kenji defeat it. But when it recovers and threatens to drop an asteroid probe on a nuclear power plant, it’s going to take a lot more than family to stop it. 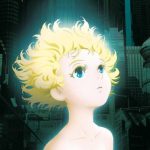 The artist Osamu Tezuka created his Metropolis based manga on a single still from Fritz Lang’s movie in a story he found in his mother’s film magazine. Rinataro’s anime version matches Lang’s epic for scale, drama and pathos.
Made twelve years after Osamu Tezuka’s death by two of his greatest fans, directed by his protégé Rintaro and screenplay by Akira creator Katsuhiro Otomo, this film’s dreamlike visual beauty is only part of its attraction. A superb jazz-inspired score and a compelling plot made critic Roger Ebert describe it as ‘one of the best animated films I have ever seen’.
Rintaro’s version differs in detail from Tezuka’s original manga, and draws on the overarching concept of Fritz Lang’s film, a dystopian class struggle in which robots are exploited for human gain and used to manipulate society. The relationship between robots and humans, and how man treats his creations, was a theme that drew Tezuka back many times; here there is some light at the end of the tunnel of our destructive nature. 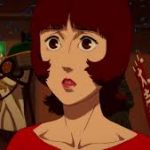 A dazzling visual experience wrapped around a densely layered story, Satoshi Kon’s Paprika is a taut psychological thriller. Dr. Atsuko Chiba works as a scientist by day and, and under the alias ‘Paprika’, is also a dream detective at night. Atsuko and her colleagues are working on a device called the DC Mini, which is designed to help psychiatric patients, but in the wrong hands it could destroy people’s minds. When a prototype is stolen, Dr Atsuko (Paprika) takes swift action to track it down it before significant damage is done. Based on the 1993 novel of the same name, written by one of the director’s favourite authors, Yasutaka Tsutsui this was Kon’s fourth and final film before his death in 2010.