Clint Eastwood may be pushing 90 but he isn’t showing any signs of slowing down. He directs an excellent cast in Richard Jewell as he once again tackles a recent slice of American history. Richard (Paul Walter Hauser) is a security guard working during the 1996 Summer Olympics. He has the utmost respect for authority and has ambitions of working for law enforcement. He becomes an unlikely hero when he discovers a bomb at Centennial Park during a concert. Although it goes off, his actions save many lives which puts the spotlight on him… good and bad. FBI Agent Tom Shaw (John Hamm) is suspicious of Jewell and believes he may have had something to do with the planting of the bomb. Journalist Kathy Scruggs (Olivia Wilde) adds fuel to the fire and makes it public news turning Richard from a saint to a sinner overnight.

I had no knowledge of the real-life case which allowed me to enjoy this movie a lot more. Not knowing whether Richard was innocent or guilty meant I was more invested in his story. This isn’t a tale full of twists and turns as Eastwood, and screenwriter Billy Ray, view Richard with a sympathetic gaze. He comes across as an irritating jobsworth but not a man who is capable of orchestrating such a heinous act. Still, the FBI’s persistence that he is guilty does plant doubts in the heads of an unaware audience. Hauser is excellent in the role and adds layers of depth to a character that is shown to have little grey areas. He is so obedient to authority that when he does show signs of emotion, it is Hauser’s performance that evokes pity and doubt.

Sam Rockwell puts in another fine performance as Watson Bryant, Richard’s lawyer. He himself has his doubts and finds himself struggling with the fact that his client could be the bomber. Again, Eastwood doesn’t dwell on this conflict too long, instead choosing to focus on Watson’s own annoyance at representing a client that does himself no favours. 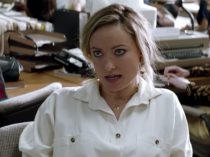 An intense drama is crafted in the first two thirds however the third act falls flat as the tension begins to dissipate. The resolution comes quickly and the movie finds itself rushing an ending to ensure things are wrapped up neatly. There are some interesting plot points before the bombing that don’t appear to be revisited while the film’s unflattering portrayal of Scruggs has attracted much criticism from her former colleagues and employer. Ironic considering the movie’s message and also disappointing considering how strong Wilde’s performance is.

Richard Jewell is a movie with a lot to say, unfortunately its message is lost in a middling finale that is elevated by its strong cast. Worth a watch but not something to put at the top of your list.