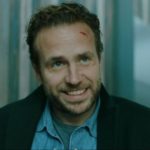 Many a World Happiness Index has placed Denmark within the Top 10 best countries in the world to live in. The Danes, it seems, have got it so right with their chunky knit sweaters and love of hygge. So much so, that even their prisons seem like a better living arrangement for down on his luck Welshman, Herb (Rafe Spall).

The opening scenes of Adrian Shergold’s film pretty much establish that life in the valleys is not all rolling green hills and male voice choirs. In fact, Herb’s life is rather shit. He’s chronically unemployed (and no one at the Job Centre seems to care); he’s estranged from his son; he has no hot water in his basement flat; and he lives underneath someone with a love of thumping techno music.

At the end of his tether, Herb spots a TV programme about the luxury of Danish prisons, resplendent with lush gardens and jobs for all. Determined to carve out a better existence for himself, Herb decides to go to Denmark, get arrested, and enjoy prison life.

From the offset, you have every faith that this plan is going to fail spectacularly which, in a way, only makes Herb more endearing.

What might, on the surface, sound like a wacky comedy or a rather crass comment on modern Britain, is actually a really heartfelt drama (albeit with some funny scenes and one liners) that examines the coping strategies of a man who really feels like nothing and no one is on his side. It’s not a social or morality drama in the style of Ken Loach, but it’s not a fluff piece either.

There is light and dark throughout the film; moments of real tragedy; humour; and the downright absurd. Shergold never loses sight of the human interest story at the heart of it all. Herb’s attempt to escape the misery of the life he left behind is allowed to unfold at a leisurely pace. 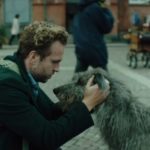 The film also steers clear of any Scandi clichés (seriously, not a Fair Isle sweater in sight) and neatly contrasts the tightly packed terraced houses and winding streets of Wales with the breathy, open air coastal town in Denmark. It quite literally seems like a fresh start.

Rafe Spall’s performance is brilliant throughout. He’s both empathetic and frustrating at times; it’s a complicated role. Anyone watching who feels like they’ve had a really bad run of luck will no doubt see a part of themselves in his character. He’s completely downtrodden and something of an underdog – you do end up really hoping that something good will come his way. When it does – in the form of bartender Mathilde (Simone Lykke) and a shaggy Irish wolfhound who won’t leave his side – Spall is able to breathe a little bit more life and humour into the role.

The film kind of chunters towards its end and without really concluding what might lie ahead for Herb and Mathilde. His relationship with her makes him yearn for the relationship he’s lost with his son yet he knows there is nothing else for him in Wales.

Denmark is a bittersweet British film that is truly carried by Rafe Spall and his ever-endearing underdog.

Denmark screened at the Glasgow Film Festival 2020 as part of the Local Heroes strand and is due to be released in the UK on September 26.

You can find our interview with the Adrian Shergold at http://www.moviescramble.co.uk/2020/03/12/moviescramble-podcast-interview-special-denmark/