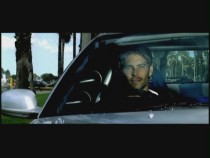 The title may a bit misleading in that it isn’t very turbo charged at all but what is does do is bridge the gap between the end of the first film and the start of the sequel. In a little over six minutes you get a wordless insight into the events that took former FBI agent Brian O’Connor from Los Angeles right across the country to Miami. Due to his actions towards Dominic Toretto (Vin Diesel) he becomes a wanted man and has to keep on the move to avoid the law. He is helped along the way by a girl (Minka Kelly) when the heat gets a bit too close.

This isn’t the greatest short film you will ever see but for fans of the ongoing franchise it is an extra small piece to enjoy.