Films about World War Two have been produced since 1939. Propaganda films about swarthy soldiers performing acts of daring and valour were released in Britain and across Europe and Asia. Italy, Germany and Japan were particularly active in swamping the cinema with alleged heroes and warped politics.

But what about films that looked at the events of 1939 – 1945 objectively? Interestingly, Germany released a film in 1948 titled Die Morder Sind Unter Uns (The Murderers Amongst Us) which dealt with the guilt of a former soldier who had shot many POWs at a concentration camp. It was a brave move from a country still reeling from the effects of National Socialism.

There must be thousands of films about WW2 – Christopher Nolan’s much-anticipated Dunkirk is set to add to the list. Think of Schindler’s List, Hacksaw Ridge and Sophie’s Choice to name a few. These are all well-known are heralded for their epic scale and emotional content.

Films not in the English language have done an equally good job of recounting the horrors of war. We take a look at six of the best offerings. 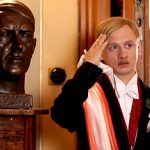 Based on Bohumil Hrabal’s book of the same name, this quirky and emotive Czech film was released in 2006. It starred Ivan Barnev as the central character, Jan Dite, who worked as a waiter at a posh hotel during the war. He looks at his rich clientele and decides he will become a millionaire. Jan is also subjected to all sorts of odd tests to prove his Aryan worth in his quest to marry a German woman, who is fanatical about the Fuhrer. It’s full of lots of slapstick and elaborate set pieces. It’s a really unusual retelling of the war, but does not shy away from the harsh realities of persecution under Nazi rule. Directed by the famous Czech director, Jiri Menzel, this film is definitely worth watching. 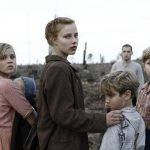 From quirky to hard-hitting, Cate Shortland’s 2012 film Lore conveyed the brutal fate awaiting four German children as the Allies sweep to victory across Europe. Abandoned by their Nazi loving parents, the Dressler kinder have no idea of life outside National Socialism. They must trudge their way across dangerous forests and fields in a bid to remain safe. When the children encounter a Jewish refugee – a man they have been taught to hate – they are forced to see beyond what they have learned in order to see him as a human, in need of as much help as they are. At times, Lore is a difficult watch, but it’s brilliantly shot and utterly devastating. 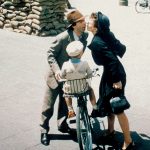 Anyone who has had a mild introduction to Italian cinema will no doubt have seen La Vita e Bella. Stand up comedian Roberto Benigni won the Oscar for directing and starring in this absolute tear-jerker. He also scooped the Oscar for Best Actor. Benigni stars as Guido, a Jewish man who is whisked to a concentration camp with his infant son. Desperate to keep them both alive, he convinces his child that they are playing a game and in order to win he must follow certain rules. Benigni himself is Jewish and felt that it was important to convey that not all Italians were Fascists during World War Two. If you’re not in a puddle of tears by the end, there is something seriously wrong. 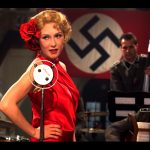 Director Paul Verhoeven is perhaps more famous for films such as Total Recall, Robocop and Basic Instinct. So, imagine my surprise when I realised he was at the helm of a Dutch WW2 drama. Set in the Nazi-occupied Netherlands, it stars Carice Van Houten as a Jewish club singer who infiltrates the regional Nazi headquarters for the Dutch resistance. Cabaret it ain’t. It’s an incredibly tense and well-shot film with a really beautiful colour palette. It almost feels old-fashioned. And it’s a really interesting perspective on resistance movements – you often think of spies and students, not self-absorbed singers. German stalwarts Sebastian Koch and Christian Berkel also co-star. Black Book is on Film 4 fairly often – make a point of watching it. 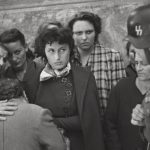 Going right back to 1945, when much of the Italian capital was left in ruins following heavy Allied bombing, comes Roberto Rossellini’s neo-realist masterpiece. Starring the formidable Anna Magnani as Pina, the film (which was shot on location) tells the story of the communist resistance leader Giorgio Manfredi, who seeks refuge from Nazi pursuers. Given that there was no film industry, or money, in Italy at the time, the film is nothing short of remarkable. It feels claustrophobic and almost like a documentary. Again, it portrays that, in most wars, it is the ordinary people who suffer. It’s a little bit rough around the edges, but a stunning film nonetheless. 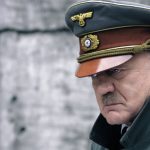 And, finally, for the most obvious choice. Much-loved and lauded German actor Bruno Ganz took a huge career risk when he agreed to portray the Fuhrer in Oliver Hirschbiegel’s 2004 film. It almost seemed dangerous to attempt to ‘humanise’ a man who had been reduced to maniacal speeches and salutes. With the action confined to Hitler’s bunker, the film recounts the fall of Berlin and an ailing dictator blindly grasping at victory. The performances from the entire cast – notably Ganz and Ulrich Matthes as Goebbels – are so intense it’s almost uncomfortable. A phenomenal film, in every sense.