Hollywood has constantly been fascinated by the future potential of science and artificial intelligence (AI) in transforming our society. What’s more, the number of science fiction films reaching the silver screen is only increasing; between 2010 and 2018, there was a 144% increase in the number of AI-themed films released compared to the decade before.

“So what?” you may ask. Well, mainstream cinema has had a huge influence on how people perceive certain topics and understand different issues – including the role of modern technology in our everyday lives. Given the futuristic depictions of AI as autonomous cyborgs with evil intentions, it’s no surprise that one in four UK adults today think that AI could be responsible for the end of humankind.

Of course this isn’t the most widely accepted view; indeed, almost two-thirds (62%) of UK adults believe that AI will do more good than harm to the world. However, the findings do serve to illustrate the importance of spreading awareness about the real potential of artificial intelligence, and why we’re a long way away from being superseded by an army of machines.

As someone who has spent almost their entire life working within the AI industry, here are a few things I believe Hollywood gets wrong (and right) about this modern technology.

AI in film vs. AI in reality 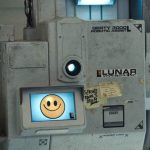 The first distinction we must make is the two different forms that AI typically takes in popular films; that being as cyborgs (or robots with human-like or super-human abilities as in The Terminator), or otherwise as a holistic operating system in the form of a wide network of technologies that are learning, communicating and acting (think Moon and The Matrix).
While the former interpretation makes for a compelling narrative, in truth this is simply not how artificial intelligence has been developed since its inception in 1957. The latter interpretation is far closer to the truth: AI is typically manifested in non-physical computer programmes which apply human-like intelligence and decision-making to tedious, complicated and data-intensive processes.

If you want to know how this works on a practical level in daily life, you need not look far – AI capabilities underline common tools that we regularly use, from Amazon recommending products we might like based on our previous search history, to driverless cars applying the brakes when sensing oncoming obstructions.

As you’ll see, AI’s abilities are nowhere near what we might assume from watching these films, and are in fact applied to far more mundane matters. But this does not mean it isn’t playing an increasingly important role in solving some of the world’s biggest problems…

How do we really utilise the potential of AI? 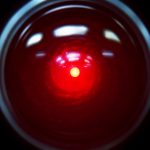 To understand why fears of robots taking over the world are little more than fantasy, we must consider the current state of artificial intelligence and how it is being applied today. Importantly, even the most sophisticated AI today is not independent and cannot function without human involvement. This should quell any fears about machines escaping human control as we might have seen in the case of 2001: A Space Odyssey (where Hal, or the Heuristically Programmed Algorithmic Computer, began to take its own course without the involvement of the human crew despite originally being created to control the systems of the aircraft).

Take IBM’s Watson, for example, which is renowned for taking on two of the all-time most successful human chess players and beating them at their own game. While this is no doubt an impressive feat, the reality is that it is reflective of a generation of human-machine interactions which rely on direct human command and a massive supply of information. 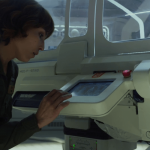 One industry that is readily embracing AI toolsets is healthcare – arguably one of the most important global industries. By working together with machines, healthcare professionals have learnt that they can deliver an even higher quality of care, and at a much faster rate than was previously thought possible. The key word here is: together.

Human providers utilise several functions of AI, including its Natural Language Processing (NLP) abilities and vision recognition. NLP is simply the sub-field of AI that is focused on enabling computers to understand and process human languages. It is through this ability that AI can understand human input and extract data from it, before then analysing it to solve real-life problems. By inputting patient data, therefore, AI can use NLP to identify potential symptoms and treatments, with the doctor thereafter deciding on the best course of action.

Meanwhile, other physicians are relying on the machine processing of raw vision input (in the form of X-rays and MRIs) to help them more accurately read scans and narrow the focus of a potential ailment. AI tools can quickly and accurately recognise and categorise different objects, giving human physicians a better indication of the source of the problem, after which they can apply their years of medical knowledge and experience to decide how to treat the patient. 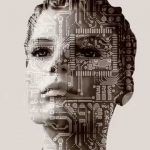 AI’s influence doesn’t just stop at healthcare, however. It has extended into almost every industry to simplify business operations, take over laborious tasks and generally make professionals’ working lives a whole lot easier. In the finance industry, for instance, AI is increasingly being recruited to offer financial risk assessments. This rests on the ability of machines to extract, sort, and analyse vast volumes of data at lightening speeds – finance professionals can ask AI a question and receive an accurate answer based on the huge swathes of data it has access to. Together, human-AI collaboration makes the task of forecasting much more cost-effective, both in terms of time and resource.

The overarching theme is that AI cannot (today, at least) function without constant input from human developers and the professionals ultimately using the tools to carry out different tasks. As an industry, we must ensure that we continue to educate the public about the massive potential (and limitations) of artificial intelligence, and stress that while films remain one of the best mediums of shaping public opinion, they do not always offer an accurate picture of its abilities.

Nikolas Kairinos is the chief executive officer and founder of Fountech.ai, a company specialising in the development and delivery of artificial intelligence solutions for businesses and organisations. 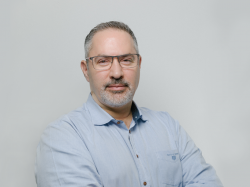 Nikolas Kairinos is the chief executive officer and founder of Fountech.ai, a company specialising in the development and delivery of artificial intelligence solutions for businesses and organisations.