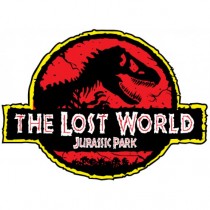 When Michael Crichton wrote Jurassic Park there was no way he could have known that the film his book spawned would be so groundbreaking in the way CGI was used that it upped the bar for every major creature feature/disaster flick that came afterwards. It was so popular in fact, that fans demanded he wrote a sequel to it. That’s right, a book that came about because of a movie!

And so Mr. Crichton got started on The Lost World, finished it in 1995 and the film came out two years later.

The Lost World is set on Isla Sorna, an island 87 miles from the location of the original movie and which was used as a breeding ground for the dinosaurs before they got shipped to the park.

The island was supposed to have been kept secret, and the dinosaurs should have all died out but John Hammond (Richard Attenborough) the owner of the ill-fated Jurassic Park never did get round to checking in on them and as such, the island is now thriving with man-eating monsters. After an incident involving a rich family’s young daughter, Hammond brings in Ian Malcolm (Jeff Goldblum), whose career is in tatters after trying to chronicle the events of the first film, to go back to the dinosaur land and document them in their natural habitat. This being the most obvious way to get the public on his side and to stop hunters from shooting the dinosaurs and bringing them back to the city.

Malcolm, of course, refuses but soon changes his mind when he discovers his foolhardy girlfriend is already on the island. The other two members of his team include a young Vince Vaughn and someone else so insignificant you just know he’s there as dino fodder. Unfortunately, as events in these films tend to go, on the island we discover that Malcolm’s daughter Kelly (Vanessa Lee Chester) has sneaked along making us think why he wasn’t suspicious when she wasn’t waving him off as he left in the first place! 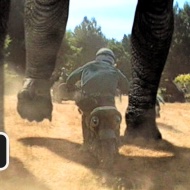 In a nod to the King Kong and Godzilla films of the past, the surviving team of hunters bring back mummy T-Rex and her kid, (cub?) who subsequently go on the rampage in the city before Malcolm and Harding save the day and send them both back home.

This is a fairly formulaic movie and a shadow of the original. Yes our favourite dinosaurs are back, and yes there are some high-octane action scenes but it just doesn’t have the magic of the first one and falls fairly flat as a result. The characters are fairly one dimensional, fitting into all the generic stereotype classes like ruthless hunter, Greenpeace activist, slimy businessman etc. and it is hard to feel attached to them. Even Ian Malcolm’s daughter, the vulnerable but sassy child character, could have been eaten without even a single raised eyebrow from me.

The dinosaurs are still the main attractions in this film and although still phenomenal to look at, some of the scenes containing both them and humans do look fairly dated, and not as seamless as today’s effects. Considering it is nearly 20 years old though, it still holds its own.

The Lost World has a strong anti-hunting message throughout portraying the hunters as the main evil rather than the dinosaurs, which are simply seen as just a force of nature. The hunters are cruel and incompetent and before long every anti-hunting protester’s wet dreams come true as the hunters soon become the hunted.

This isn’t a terrible film but it is very 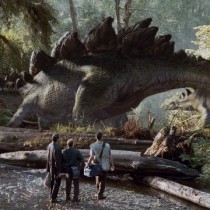 average and doesn’t deserve to be related to the vastly superior original. You could argue that it falls short simply because the first one is just so good but when you have scenes like Kelly showing off her gymnast skills before kicking a Velociraptor in the head and Sarah’s ‘lucky’ bag, which saves her life twice you realise that the only saving grace this film has are the dinosaurs themselves and, unfortunately, for me they just aren’t enough.