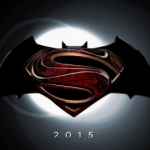 I wrote this article on the day that Warner Bros announced Ben Affleck would be the new Batman. I didn’t get a chance to publish it at the time, and after a few days wondered if there was much point as a lot of the issues had already been covered. However since the angry mob has not yielded, I don’t see why I should either.

A few weeks ago I had compiled a shortlist of actors who I felt would be suitably cast as Batman. This never went to publication as the time I’d finished it, Josh Brolin was all but signed up to don the mantle in 2015.  My list was pretty good though. Alongside rumoured favourites such as Chris Pine and Ryan Gosling I’d thrown in some wildcards such as Aidan Gillan and Idris Elba. Ben Affleck never crossed my mind, and I was as shocked as the rest of the world when Warner Bros made the announcement. My first thought on it was “interesting” and a quick glimpse on Twitter led me to believe what I already knew. The fan boys were in meltdown. instinctively I felt I should leap to the defence of the two time Oscar winner who I’ve always felt was underrated as an actor.

Daredevil was instantly launched by the prosecution as the prime reason Affleck should burn in comic book hell and never be allowed near a masked hero again. I’m not going to defend Daredevil (it’s too difficult, even for arguments sake) or even Affleck’s performance, which wasn’t really that bad to be fair. Ask yourself, was he the prime reason the film is deemed so terrible? Director Mark Steven Johnson was lambasted, Colin Farrell was crucified and people forget Joe Pantoliano was actually cast despite being the best thing in it. By the same logic Nicholas Cage shouldn’t have been allowed near Kick-Ass for the cine-crime that was Ghost Rider (guess who the director was?). Cage’s portrayal of stunt man Johnny Blaze drew much criticism (although about 70% of that revolved around his wig) however it didn’t stop the plaudits from rolling in when he dressed up like Batman and called himself Big Daddy. Should Samuel L Jackson have been removed from Avengers Assemble because he was in the Spirit? Of course not, though all involved should have been severely punished in some way. There isn’t a rule that states that thou that portray one superhero wrongly shall be banished from wearing tights in the future. Which is a good thing, especially if you ask Chris Evans.

My defence for Affleck came in the form of one name…Heath Ledger. Back in 2007 when the Australian actor was announced as the Joker, there were calls to boycott the film and an overall consensus amongst fan boys that the movie would indeed suck. Well, we’ll let history be the judge of that one shall we? I can’t pretend that I was thrilled about the choice however my flatmate, and Heath Ledger enthusiast, was. He was right, I was wrong and the fan boys looked like the idiots they are.

Taste comes down to opinion and not everyone will agree on who is and is not a good actor. Believing he can’t act is one thing but some of the reasons for wanting rid of him borders on ridiculous. “He doesn’t look like Batman.” What I didn’t realise 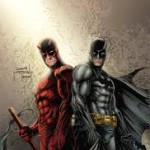 was that the Man of Steel sequel would be based on the real life crime fighting vigilante called Batman. And apparently he looks nothing like Ben Affleck. Anyone suggesting he doesn’t have the physical prowess to pull it off is clearly clutching at straws. At over 6ft he’s not only taller than Christian Bale, he’s pretty ripped as the Town highlighted. And even if he wasn’t, the studio can afford a personal trainer, they’re good that way. Good looking pretty boy with dark hair; sounds like Bruce Wayne to me. The fictional character that is, not the real life guy that looks nothing like Affleck.

Another reason I read was that Superman could easily kill Batman in a fight. Now, I know what you’re thinking here, that’s clearly a reason not to make the film. Nope, it was listed in reasons why Ben Affleck is a bad choice. Oh, and he has a beard, because as well as not knowing how to act he doesn’t know how to shave. Unlike Christian Bale.

Whether you agree with the casting or not, Affleck has matured as an actor over the years. He’s made smarter choices and looks to be improving with each performance. Will he be good as Batman? Time will tell, but will he be so bad that even if the film is awesome his performance will singlehandedly destroy it? Very doubtful. I’ve a feeling come 2015, many hats will be eaten and I intend to be there with the seasoning.

6 thoughts on “Batfleck, and why everyone needs to calm down”