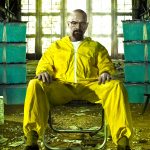 My better half and I would like to consider ourselves ‘film buffs’. We go to the cinema a lot, we both own a ridiculous amount of DVDs and Blurays and we generally find ourselves chatting about films.

I asked him last week if there was anything at the cinema he wanted to go and see and this was the response I got: “It’s all a bit rubbish just now. There’s nothing new or interesting out; nothing that I really can’t wait for. But the new series’ of Twin Peaks and House of Cards drop soon so we can watch those instead.”

This got me thinking: Has TV killed the cinema star?

TV shows, homegrown or from across the Atlantic, are becoming a pretty big deal. They’ve now got huge budgets, well-written scripts and they’re now able to lure some of Hollywood’s top talent. Decades ago, if big names such as Martin Scorsese, Nicole Kidman or Matthew McConaughey had attached themselves to a television project, you would be wondering if their career had hit the skids.

Now, everyone is clamouring to be in the next Mad Men, Game of Thrones or Breaking Bad. There is a real thrill of being part of a major TV hit. And, more often than not, these shows create stars themselves. No one had really heard of Jon Hamm or Aaron Paul before their respective ‘breakout’ hits, even though both actors had been working for years.

When you talk to colleagues or friends, chances are they will often bring up a box set they just binged on or a TV programme they can’t wait for. No one really seems that excited about cinema any more. And I’m not sure why. Is cinema not as good because the big draw is now TV? Or has cinema just given up? (I’m looking at you, all-female Ghostbusters.)

There has been a litany of complaints about remakes within cinema recently. I’ll admit, I’ve joined in the chorus. I do think there is an element of cinema-goers being jaded with recent offerings. And there also the usual complaints about pricing but I think my rant about Kodi boxes dealt with that …

But there are little nuggets of filmy goodness still being released. The likes of The Lego Batman Movie, Logan and Hounds of Love were absolutely brilliant in their own different ways. I’m wondering then – since two of those films are part of a franchise – if it’s only the comic book movies or summer blockbusters that will keep the industry afloat. Because, even when TV shows such as Broadchurch or The Night Manager follow the traditional terrestrial format of one episode per week (as 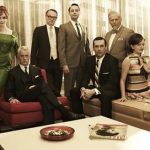 opposed to the Netflix series drop), they don’t suffer. People will still wait for the next installment and gossip about what they’ve seen the night before in work the next day.

The thing is, I love this new wave of TV shows. I love that television has gone beyond mindless reality shows or poorly cobbled together dramas. I like the challenge of a fast-paced script (such as Billions) or the thorough attempts at character development (like The Sopranos so boldly achieved). I like the excitement of a binge watch just as much as the anticipation of ‘tuning in next week’.

But I haven’t got that from cinema lately. There’s nothing that I have been truly excited to see – with a few minor exceptions. And, most notably, the budget of these shows is truly rivalling any cinematic production – Boardwalk Empire famously averaged $5 million per episode. So, is this where Hollywood is going to spend its big bucks from now on?

Certainly, the Netflix model appeals to our constant need for media consumption: It’s there any time you need it whereas the same can’t be said of cinema. Watching a show for multiple hours on end is seen as something of a badge of pride.

I really hope that this newly ambitious style of TV programmes makes cinema work harder and produce better content. There are so many indie and European films that, given the chance in a mainstream multiplex, may actually do well with audiences who aren’t really that interested in Riverdale or The Walking Dead.

After all, there’s no better way to spend a rainy Sunday afternoon than in the deep red seat of a cinema, smelling the fresh popcorn and holding on to your ticket stump as a memoir of the day. Yes, sometimes, even I like swapping my couch for … well, another seat.

One thought on “Has TV Killed The Cinema Star?”