We are now half way through the year and well into the ever extending blockbuster season. This month sees some of the most anticipated movies of the year hitting the multiplexes including the latest offerings from Pixar and Marvel as well as the next instalments in a couple of major franchises. Please click the movie title for the link to the trailer.

First up is a documentary that has stirred up a fair bit of controversy. The film examines the life and times of the singer Amy Winehouse. She was a very talented artist whose life descended into a tabloid circus before her untimely but wholly inevitable demise. The Winehouse family have spoken out against the tone and content of the documentary as it paints the relationship between Amy and her father in a less than flattering way.

A cool looking indie film starring Justin Long and Emma Rossum in a story of a couple’s five-year relationship told over several different dimensions and a fractured timeline. The film has a quirky feel to it and probably enough depth so it will act as the perfect alternative to the current wave of disasters, superheroes and dinosaurs.

Picking up three years after the first film ended, with Mike out of the game, the rest of the team have now decided to retire but not without one last show headlined by Magic Mike. Channing Tatum returns in the title role which is sure to feature tear away trousers, baby oil and more bulging muscles than you know what to do with. Quite what the film will turn out like without the expert guiding hand of the now retired director Steven Soderburgh remains to be seen.

The welcome return of Arnie to the role that made him a superstar. The fifth film in the series looks like it is going to ignore numbers three and four in order to go back to the complex mother/son dynamic of the earlier films. The last trailer for the film seemed to reveal a major spoiler and if early reports are to be believed, the film may ultimately disappoint. The team at Moviescramble will be taking a retrospective look at all the films in the series to date, good, bad and ugly. You can find them here as they become available. 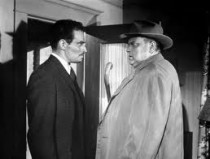 A welcome re-release for an Orson Wells classic. Set on the border between the US and Mexico, it is a dark tale of murder and deception. Charlton Heston stars a Mexican lawman caught up in the turmoil after an incident at the border. Orson Welles is almost unrecognisable as the town sheriff. The opening scene where we track the progress of a bomb across the order is a masterclass in cinematography. You can find a link to our review of the film here.

If anyone’s life deserves to be told on-screen it is the former Beach Boy Brian Wilson. Paul Dano takes the lead role in the film which explores one of the few men that can be called a musical genius. On the flip side he was a particularly fragile human being who hated the limelight and eventually gave up touring as it put too much strain on him.

Another film which has carried a certain amount of controversy with it. For years it was the pet project of Edgar Wright until he left due to creative differences with Marvel, who wanted to move the film away from its stand alone origins and into the expanding cinematic universe. This film now officially closes phase two of the MCU. Paul Rudd takes on the smallest role in cinema and is supported by Michael Douglas as the inventor of the Ant-Man technology and the original holder of the title of Ant-Man. The reaction to the trailers have been mixed, but as always it is a case of wait and see before passing judgement.

This year’s big Pixar film marks a return to an original property. Inside Out tells the tale of the little people inside your head that take care of everything in a highly efficient manner, until it all goes wrong of course. The preview images and the buzz surrounding the film all indicate that this could be a real return to form for the studio that needs something after a couple of lacklustre features. 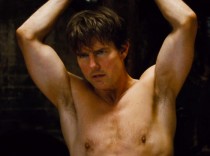 The long awaited return of Tom Cruise as Ethan Hunt in the mega successful franchise. The success of Ghost Protocol ensured that another film was greenlight almost immediately. Directing duties on this one fall to Christopher McQuarrie who has collaborated with Cruise on a number of occasions before. The release date of this film was moved forward six months so it would not be in direct competition with the new Star Wars film. Hopefully the amended schedule has not impacted on the quality of the film.